As multidrug resistance (Latin compositum) is called in medicine a form of antibiotic or antiviral drug resistance in the so-called germs (bacteria or viruses) against several different / almost (almost) all antibiotics or antivirals are insensitive. They are also referred to as MRE germs / Multi-drug resistant pathogens.

Multidrug resistance of bacteria to antibiotics in medicine is an ever increasing problem dar. There are various causes that lead to an increase in multi-drug resistance.
Frequent often unnecessary use of antibiotics
There are prescribed for viral infections, even though they do not help here antibiotics. This leads to more frequent contact of possible pathogens with antibiotics. By natural random mutations against antibiotic-resistant bacteria are now used to over the non-resistant strains of bacteria multiply faster and better maintain and end up so well in the environment.
Use of antibiotics in the food industry
Here are frequently mixed with antibiotics to animal feed in order to increase the yield. Many of these are related to the antibiotics used in human medicine. This can in turn develop resistant strains of bacteria that can cause problems in human medicine.
Not just test or indication equitable use of antibiotics
It is highly effective so-called broad-spectrum antibiotics are often used for bacterial infections, in which, for example, penicillin is still effective. Due to this widespread use of highly effective antibiotics, the selection of multiresistant bacteria is promoted again. In case of emergency later this highly effective drug is possibly no longer effective.
Unreliable medication (compliance) of the patients
Characterized agents are only partially destroyed, the surviving bacteria or viruses are often those with a higher natural resistance. These genes will be passed on to future generations, so that the next use of the same drug no more success is achieved.
Special case: HIV Therapy

As a cure for diseases with HIV virus is not yet possible, a life-long treatment with antivirals is been necessary. Early on it was discovered that the monotherapy (only one drug) is not effective for long. The HI-virus is rapidly in a position to be resistant to the drug. Therefore, given the beginning of a multiple combination, so that the probability of developing resistance is reduced. Nevertheless, it often occurs during the treatment of multidrug resistance development. There are therefore constantly developing new drugs.

NDM-1 strains
An article in the journal “The Lancet”, according, were discovered worldwide bacterial strains with the NDM-1 (New Delhi metallo-β-lactamase 1) designated gene, which are against all known antibiotics except tigecycline and colistin, be resistant . The gene is not yet surfaced in the Gram-negative enteric bacteria Escherichia coli and Klebsiella pneumoniae and especially common in India and Pakistan. There are cases in the UK, the Netherlands, Australia and Sweden have also been discovered, often after surgery (especially plastic surgery) in the former Asian countries.

Since 1963 Staphylococcus aureus strains are described which have a mutation in their penicillin-binding protein II (PBP II) and therefore against all beta-lactam antibiotics (including, but against so-called beta-lactamase-resistant AB: methicillin, oxacillin, Others flucloxacillin called staphylococcal antibiotics) are resistant. If they also have a resistance to other classes of drugs, few preparations for the treatment (eg, glycopeptides, such as vancomycin or teicoplanin or newer and more expensive drugs, such as from the class of oxazolidinone linezolid or tigecycline from the class of glycylcyclines) are used . MRSA are now found worldwide and are mainly used in intensive care to a growing problem. Thus, the incidence of disease (incidence) in intensive care units in the United States is already> 50%, in France and Southern Europe> 30%. In Germany, the incidence is in hospital at around 15 to 20%, but is subject to large regional variations. Also at approximately 2.5% of all residents of nursing homes MRSA can be isolated. Like other S. aureus strains can also occur in germ MRSA colonization of the nose and throat, without the patient ill. This results in germ reservoirs, which can infect other immunocompromised patients. Especially dangerous are germ settlements with hospital staff, since a continuous risk of infection in patients with immunodeficiency (eg open wounds, intravascular catheters, dialysis, or artificial respiration) is given.

Vancomycin-intermediate-sensitive Staphylococcus aureus (VISA) strains
For several years occur in Japan MRSA strains that are intermediately sensitive also to glycopeptides. Individual cases have occurred in the United States, France, Hong Kong and Thailand. It is likely that these strains are also spreading. Stop hard Manual staining. Exact results from all medical laboratories in the world! Specimens according to GRAM staining method by automated system control.

This new innovated stainer features advanced functions and performances over manual staining or automated dip-type stainers, include simplicity and convenience. It can be provide safety and comfortable environment of test lab.

Can be used by simple operation and it can be available to obtain accurate and precision stain. 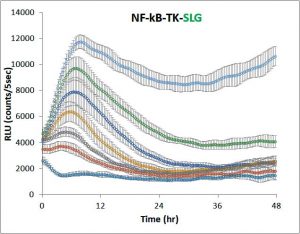 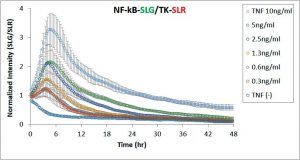 The emergence of resistance to multiple antibiotics, pathogenic bacteria has become a major global public health threat. Resistant bacterial infections cause significant morbidity and mortality of patients and increase resistance to antibiotics poses a serious threat to antibiotics in the last 70 years for the great advances in medicine. Gained almost 95,000 people in 2005, for example, methicillin-resistant Staphylococcus aureus (MRSA) infections in the United States and 19,000 people died of MRSA infections – more than die from HIV / AIDS, emphysema, Parkinson’s disease and homicide combined. Without the development of innovative approaches to multi-drug resistant (MDR) pathogens fight, in many areas of medicine greatly affected, including surgery, prematurity care, cancer chemotherapy, care of critically ill patients and transplant medicine, all of which are only possible existence of effective antibiotic therapy. This complicates the increasing resistance of bacteria to antibiotics is currently approved by the lack of investment in the discovery of antibiotics in the pharmaceutical industry due to the inherently low yield of antibiotic in comparison with drugs/antibodies for chronic disease aligned. This situation is so bad that the World Health Organization MDR bacteria as one of the three greatest threats to human health identified and Infectious Diseases Society of America issued a call to action from the biomedical community to deal with the threat of MDR bacteria.
Although the development of new antibiotics is an approach to treat multidrug-resistant bacterial infections that only two new classes of antibiotics in the hospital were introduced in the last two decades, none of which are clearly still active against Gram-negative bacteria (Box 1).  In addition, more bacteria develop resistance to any therapy based exclusively introduced to the bacteriostatic / bactericidal mechanism and clinically significant resistance, in a period of several months to years after the introduction of new antibiotics in the hospital. For example, daptomycin introduced into clinical practice in 2003 and less than a year later he observed the emergence of resistance in patients with Enterococcus faecium and MRSA infections. As a result, alternative approaches to combat bacterial infections urgently needed.
One such approach is to use a combination of drugs to combat MDR phenotype effect. Such efforts are antibiotics and antibiotic combinations clutch antibiotic adjuvant molecules directly nonantibiotic mechanisms of resistance objectives such as the inhibition of β-lactamase enzyme or indirectly influencing the bacterial resistance of the target paths as FCS. Screening of libraries already approved drugs as a means for the identification of non-trivial antimicrobial adjuvant was also tested. The aim of this review is to provide the reader with an overview of the approach and highlights the recent progress in each area. It is not designed to fight a comprehensive review of approaches to antibiotic resistance, which would be beyond the scope of this document.

MRP2 is a member of the superfamily of ATP-binding cassette (ABC) transporters. ABC proteins transport various molecules across extra- and intra-cellular membranes. ABC genes are divided into seven distinct subfamilies (ABC1, MDR/TAP, MRP, ALD, OABP, GCN20, White). More specifically, this protein is a member of the MRP subfamily, which is involved in multi-drug resistance. This protein is expressed in the canalicular (apical) part of the hepatocyte and functions in biliary transport. Substrates include anticancer drugs such as vinblastine; therefore, this protein appears to contribute to drug resistance in mammalian cells.
MRP2 is also expressed in on the apical membrane of proximal renal tubule endothelial cells where they are involved in the excretion of small organic anions.

Iatrogenic Fanconi syndrome
Many negatively charged metabolic waste products are eliminated from the body by the kidneys. These organic anions are transported from the blood into the endothelial cells of the renal proximal tubules by the OAT1 transporter. From there, these waste molecules are transported into the lumen of the tubule by the MRP2 transporter. Many drugs are eliminated from the body by this mechanism. Some of these drugs pass through the MRP2 transporter slowly. This may cause a build up of organic anions in the cytoplasm of the cells.
Drugs that inhibit the MRP2 transporter can cause a build up of organic anions inside renal proximal tubule cells. If some of these organic anions inhibit mitochondrial DNA synthesis, it may cause iatrogenic Fanconi syndrome. The nucleoside phosphonate adefovir is a MRP2 inhibitor that has been linked to kidney disease. Tenofovir and cidofovir are also nucleoside phosphonates that inhibit MRP2 and have been associated with Fanconi syndrome.